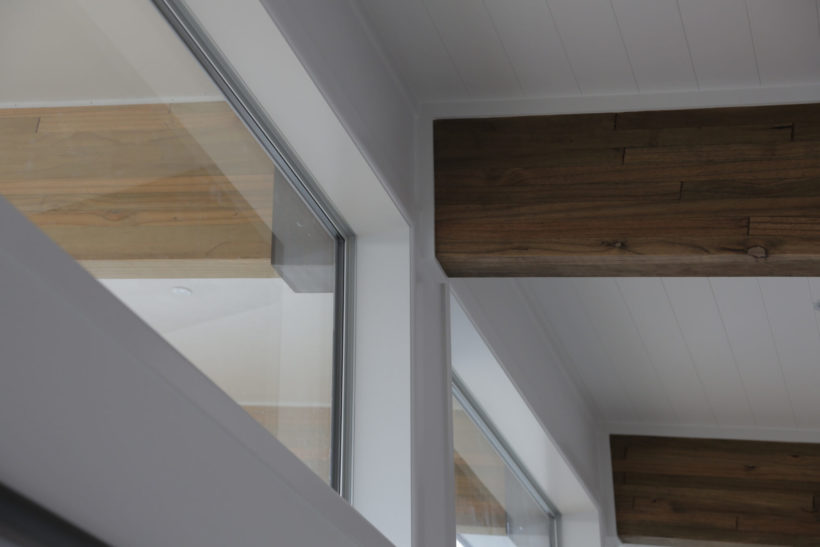 A window reveal is a timber surround fitted to the fin of a window (or door) and is used for installing the joinery section into timber framing.

The reveal essentially becomes the frame of the window covering the structural timber frame. Most window reveals used in New Zealand are made from Light Organic Solvent Preservative (LOSP) treated Radiata Pine.

LOSP is a well-established wood preservative used in New Zealand and Australia, and most certainly suitable for this type of application.

LOSP treated pine does have some limitations, these include:

“To maximise timber and finish coating durability, a two-stage process is necessary. First, a brush application of preservative to the revealed timber, followed by a separate sealer coat to the end grain” - see more here

This is a slow process and can slow production time of aluminium window joinery assemblies.

LOSP contains a white spirit, which will eventually evaporate into the surrounding environment. LOSP treated timber used in an interior environment could contribute to increased level of VOC’s in a home, particularly in the short term.

Abodo’s Vulcan Timber Reveals are a thermally modified alternative to chemically treated timber. As the thermal modification process does not use chemicals, there is no need to seal the ends of the timber with preservatives, speeding the installation process. Sealing the ends with primer is still a requirement.

As no solvents are used in the thermal modification process, Vulcan Reveals do not emit solvent based VOC’s.

As an added benefit, Vulcan Reveals have enhanced stability over traditional pine products and are less likely to move in service and at mitre joints. This means less call back for window joinery manufacturers.